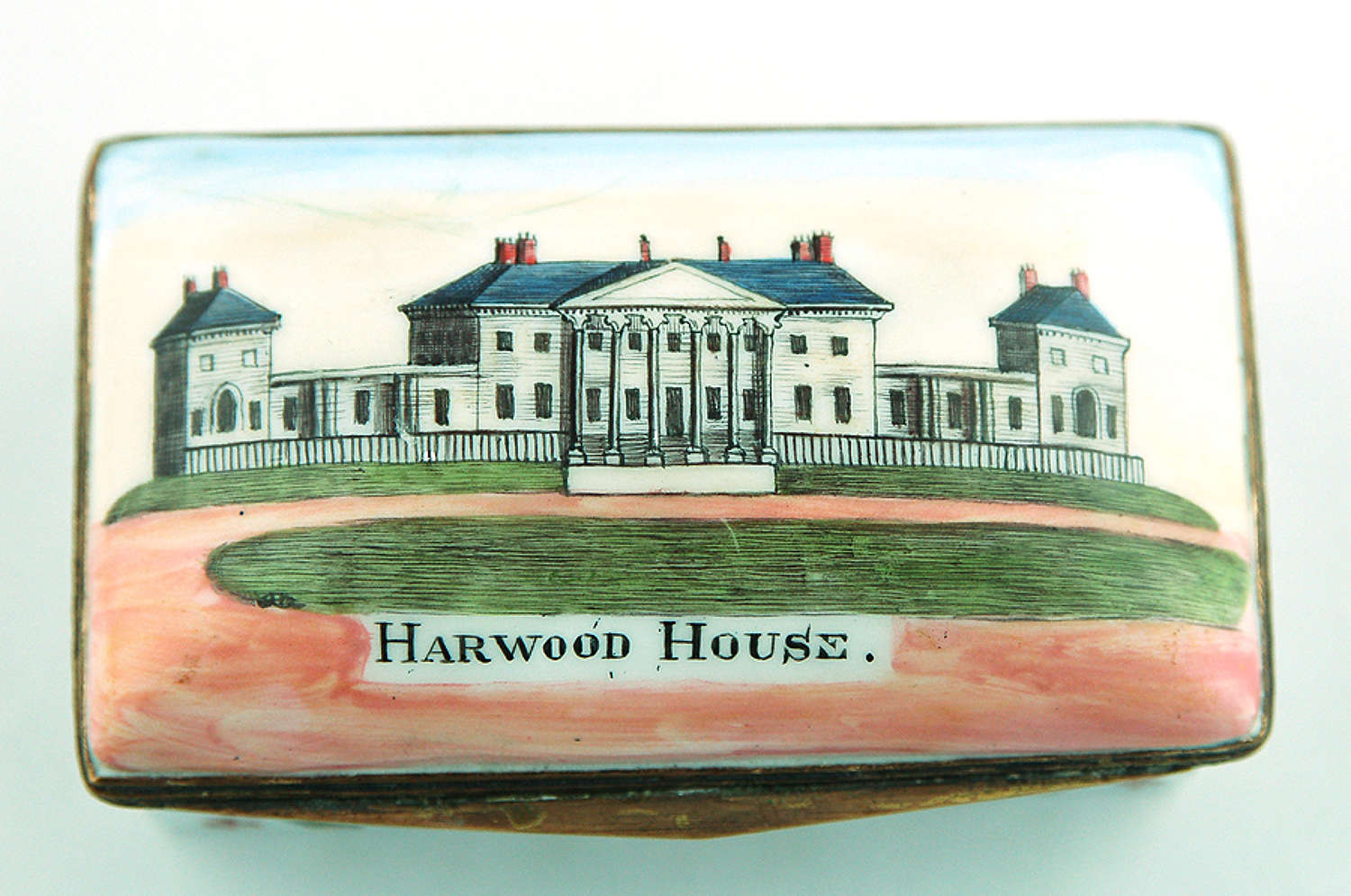 W: 9cm (3.5")H: 4cm (1.6")D: 5cm (2")
SOLD
White-ground enamel box, the base decorated with a simplistic pattern in a trio of colours.  The lid has an over-painted transfer print of the North Front of Harewood House, with the title 'Harwood House' painted below.   The lid hinges open to reveal the hand-written words in the interior lid; 'A Trifle from Harrogate'.  Bilston or Birmingham C1770.
NB: Harewood House was built by Robert Adam after John Carr's designs.  Harewood House was at first always referred to as the New House at Gawthorp(e) or as the New Hall and the name Harewood House was not accepted until the late 1760s.  Both the village and the house are often written as 'Harwood' which is believed to have been the customary pronounciation in the late 18th Century. 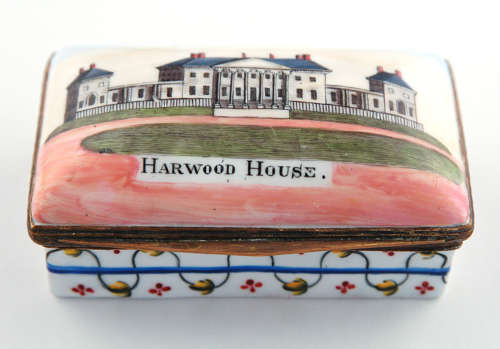 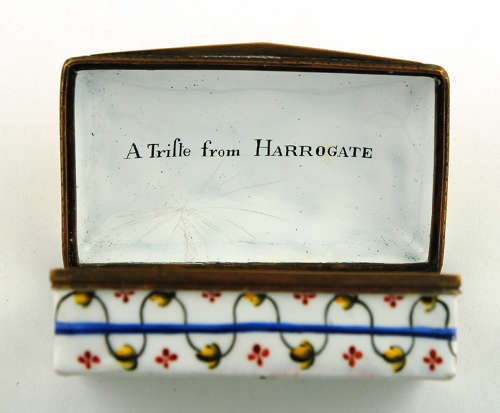