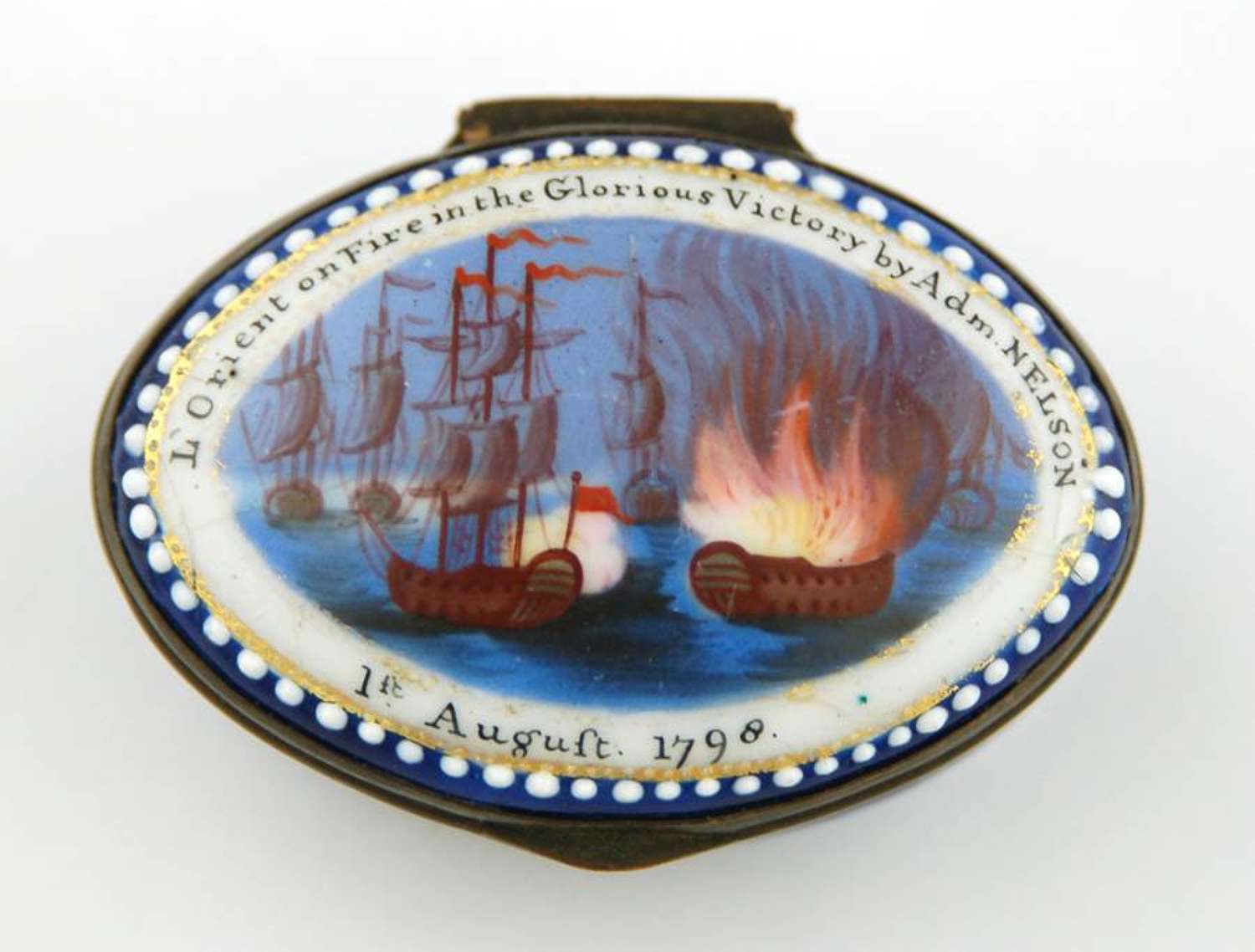 Navette-shape cobalt enamel patch box.  The lid has a hand painted scene of battle ships with the Orient ablaze with flames surrounded by the motto; 'L'Orient on Fire in the Glorious Victory by Adm NELSON 1st August 1798'. Bilston C1798. Original internal mirror (some perishing). NB: This box was made to commemorate the event when the Orient, a 118 gun ship of the line of the French Navy, famous for her role as flagship of the French fleet at the Battle of the Nile, was spectacularly destroyed when her magazines exploded in August 1798. 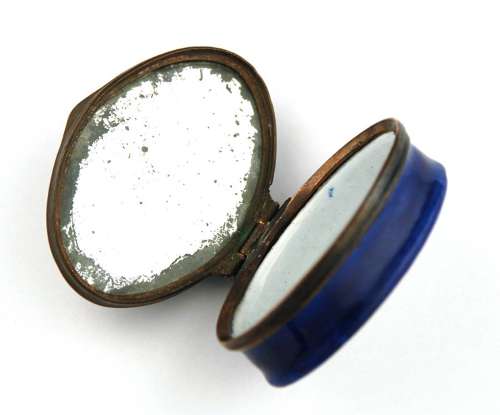