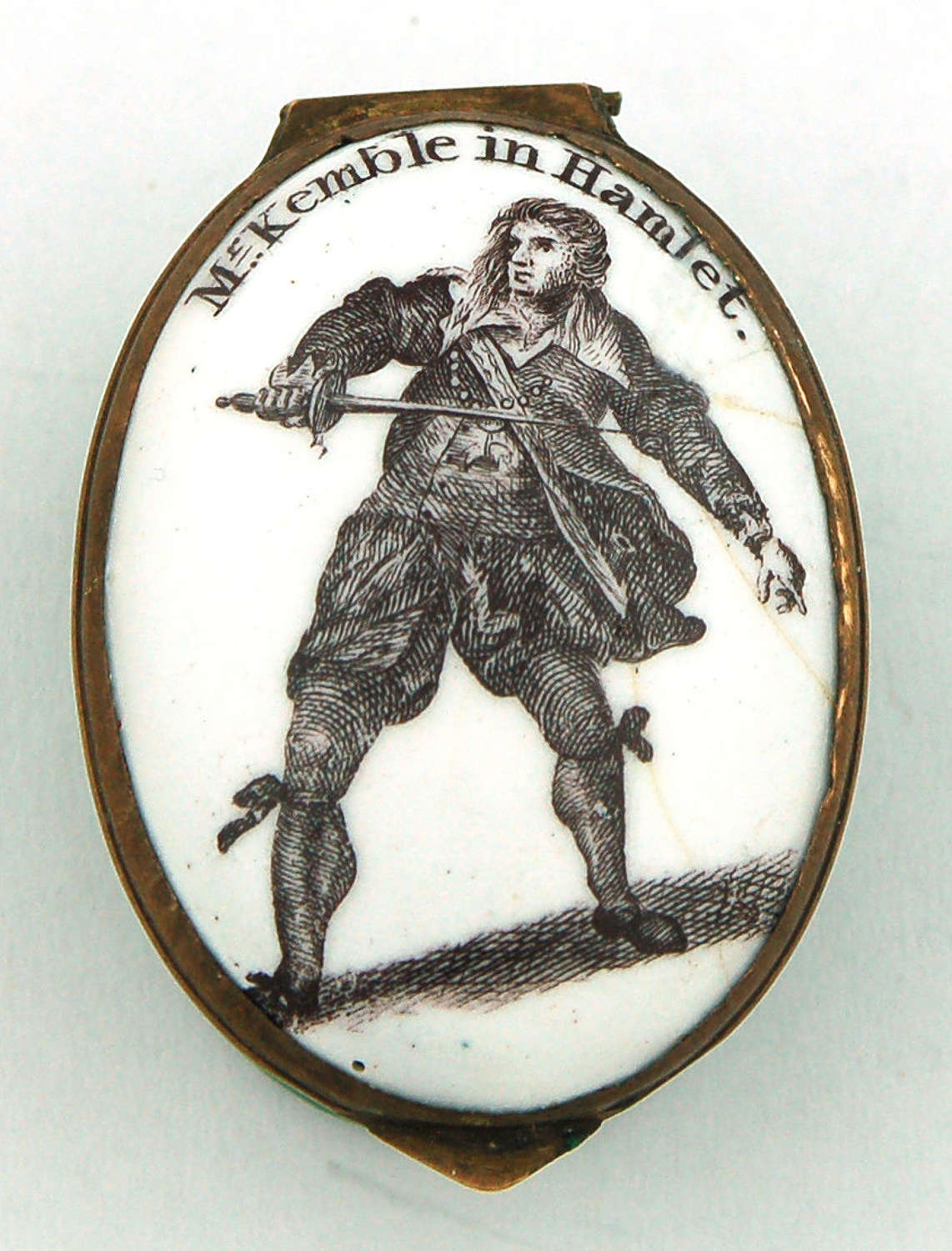 Rare enamel patch box with green base, the white ground lid has a monochrome picture of the actor John Kemble dressed as Hamlet, shown standing full length with a drawn sword in his hand, pointing at the hand of Polonius, which appears from behind a curtain.  Bilston C1790.  Original internal glass mirror (some perishing).

This particular image by Thomas Cook, is taken from a plate from Bell's Shakespeare, which was first issued in the 1770s and was reissued in an expanded edition from 1785 and is found in the Royal Collection Trust. 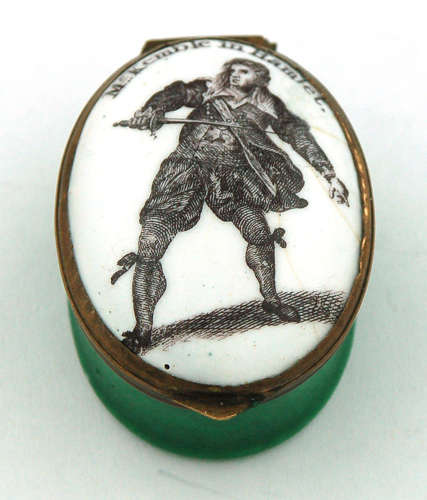 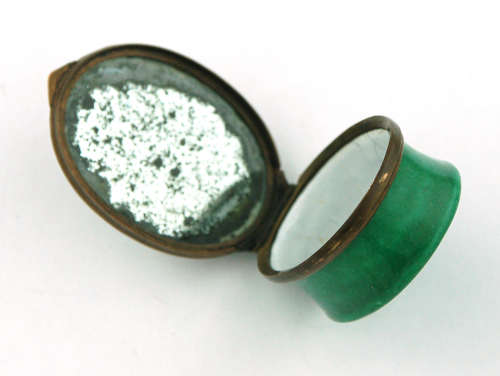