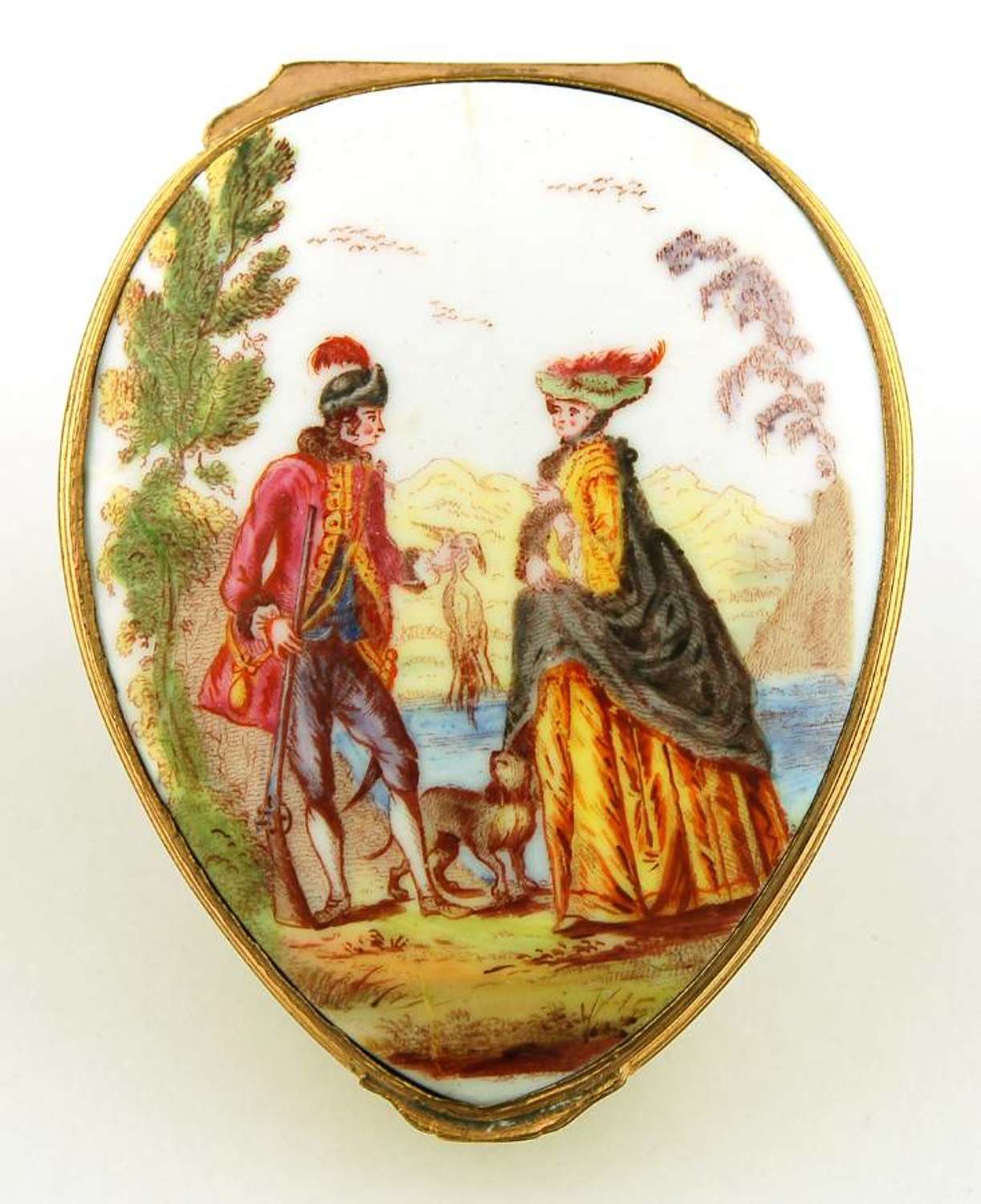 Cowrie shell snuff box with enamel lid. The white ground is an over-coloured transfer print of a gent holding a gun presenting a bird he has shot to a lady. Gilt copper mounts with intermittent swag relief. Birmingham C1760. Cowrie shells were brought from faraway to England by ships and were coveted and considered an exotic item which was used and worked in the objects of the era. 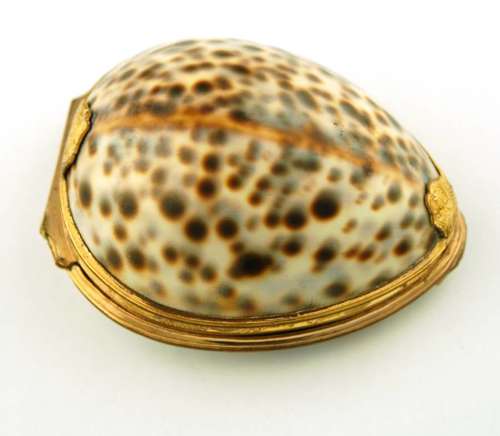 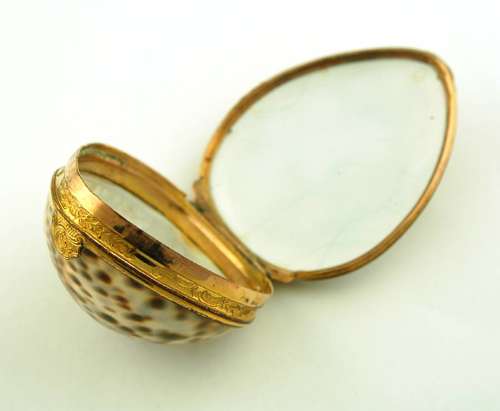